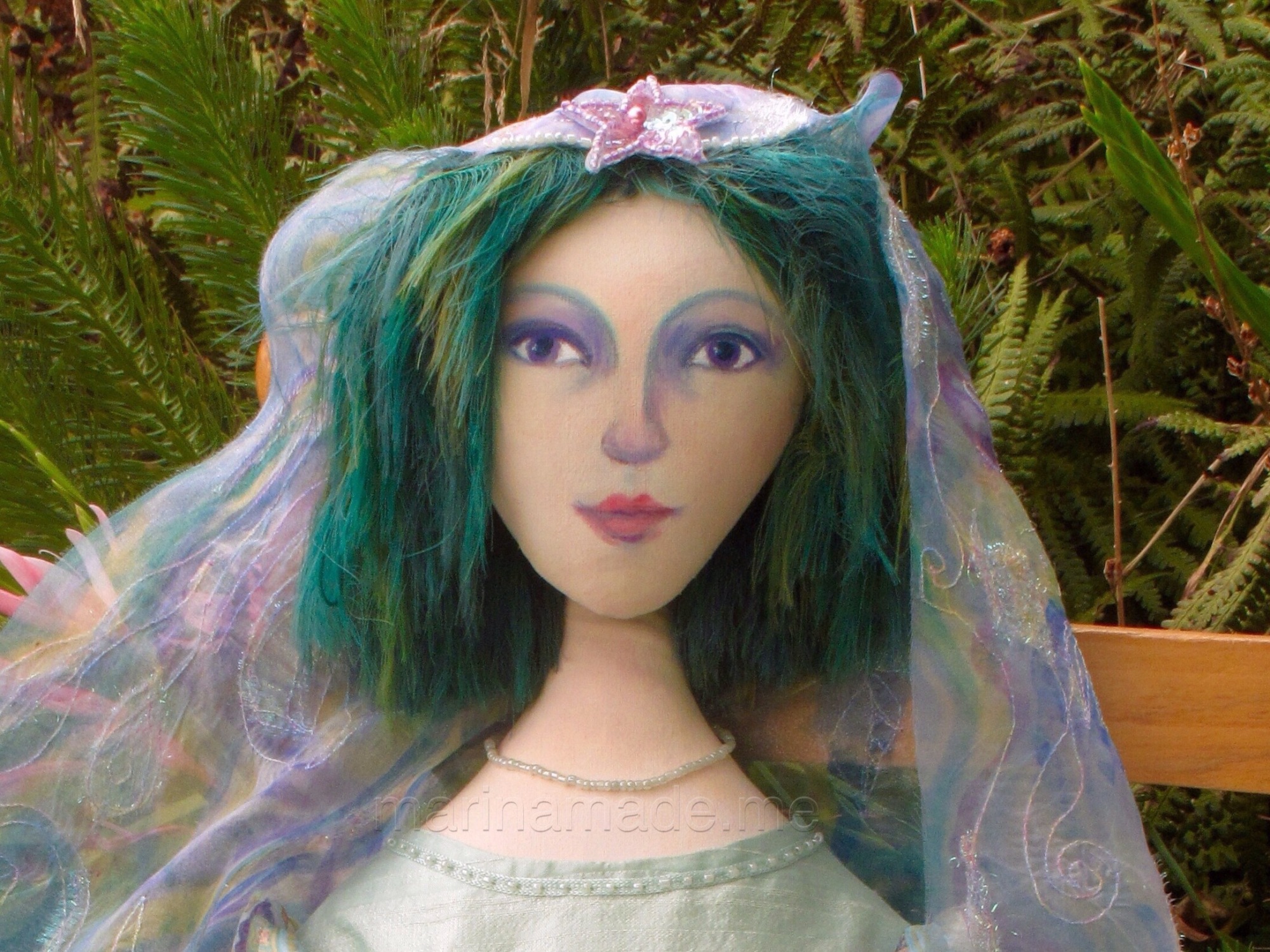 Bella was my first muse after a prototype of Jane Morris. I was still experimenting and finding my way with my ideas and blog technology. I started to write about the lives of my muses later on, finding the research equally interesting to the design of the muse.

I was inspired by the dream-like quality of Marc Chagall’s  bride paintings, which permeated his love for his wife Bella. I chose floaty, sheer fabrics to give a lightness and ethereal feel to my Bella muse.

The mages below show the working stages of creating this muse, which was a trial version. I hope to make more in future, possibly based on other Chagall paintings. 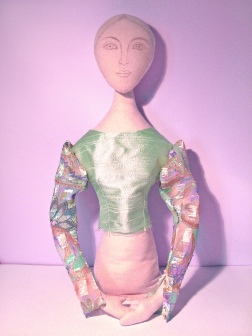 Chagall bride at early stage, face not yet painted but drawn in pencil. 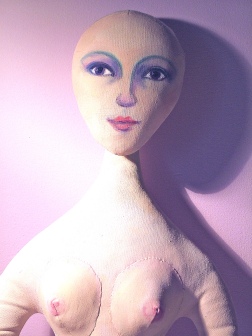 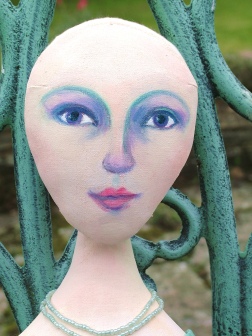 Dress completed, hair yet to be stitched.

This painting was one of my references for Chagall’s muse, although I decided to give Bella  green hair rather than a green face in this instance.

Muse : The source of an artist’s inspiration.

Jeanne muse as ‘Woman with Blue Eyes’ by Amedeo Modigliani.