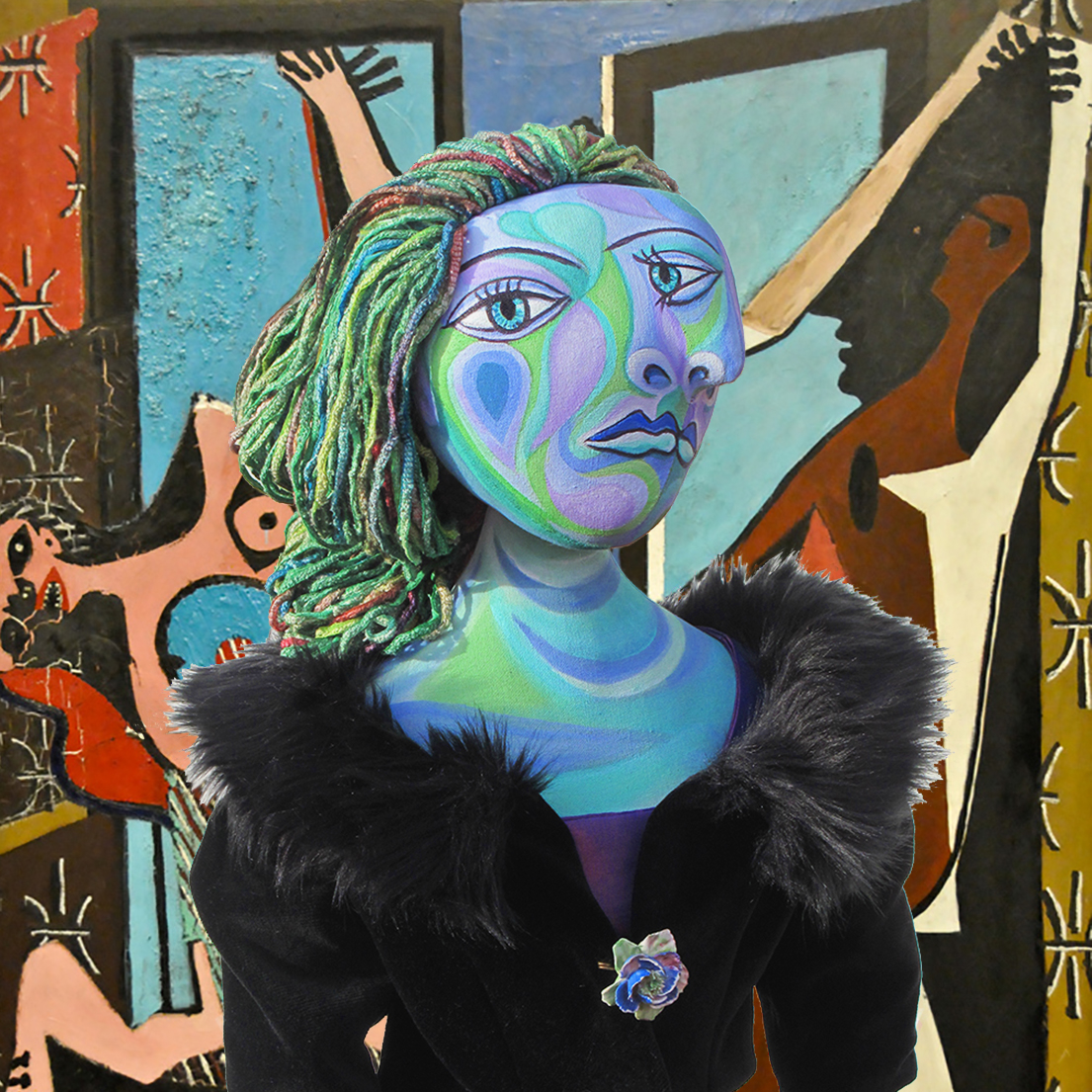 Dora Maar was Picasso’s fourth mistress and muse and the polar opposite to Marie-Thérèse Walter, Picasso’s previous lover and muse.

Dora seemed perfect as a candidate for one of my muse creations; inspiring in a powerful and abstract way, visually captivating, with a life story saturated in art history and heartache. She was to be a compelling subject.

Dora has been a challenging muse to create, Picasso’s distorted and multi faceted faces portraying her are incredible, but tricky to interpret in three dimensions. Several trial head shapes had to be made before I felt she was going to work. I modelled her loosely on Picasso’s “Bust of a Woman” portrait. 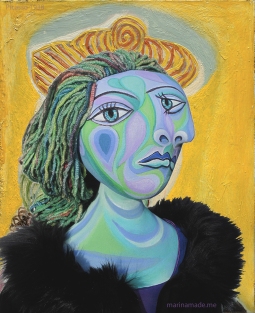 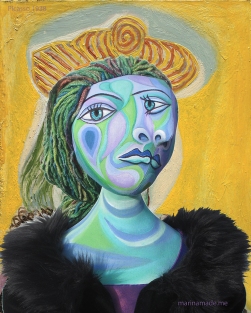 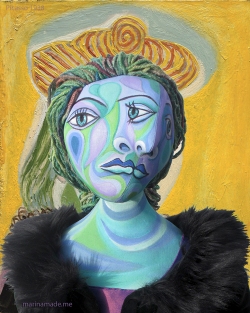 When Dora Maar first met Picasso in 1935 she was already a successful commercial and avant-garde photographer, holding a prominent place in Parisian bohemian circles as a surrealist artist, photographer and poet. She was a vividly subversive figure, a “free thinker, libertarian with leftist tendencies” and was exhibited alongside Max Ernst, Rene Magritte and Salvador Dali, surrealist greats. To Picasso she was an accomplished artist, intellectually his equal and had a passionate drive, artistically and sexually.

Dora Maar, originally Theodora Markovic was born in Tours, France, in November 1907, and spent her childhood in Argentina, where her Croatian father worked as an architect.

Dora arrived in Paris around 1926 aged 18, a beautiful raven-haired young woman. She enrolled at the ‘École des Beaux-Arts’ which offered the same tuition to women as to men; here she met Henri Cartier-Bresson, humanist photographer and female surrealist Jacqueline Lamba. It was while studying that Dora adapted the pseudonym of Dora Maar and was drawn into the world of photography; initially as a model for Man Ray and then as a significant photographer in her own right.

By her early twenties, she had become renowned in Paris for her fashion and advertising photographs. It was through advertising that Dora Maar first experimented with surrealistic photomontage. (In one of her advertisements for ‘Pétrole Hahn hair oil’, ripples of wavy blonde hair pour out from the bottle turned on its side and a miniature ship sails along the waves of hair as though on a stormy sea.) 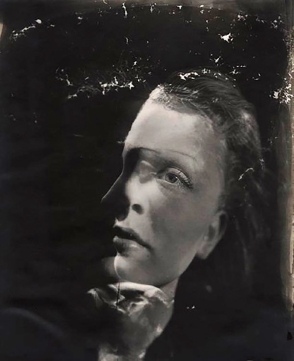 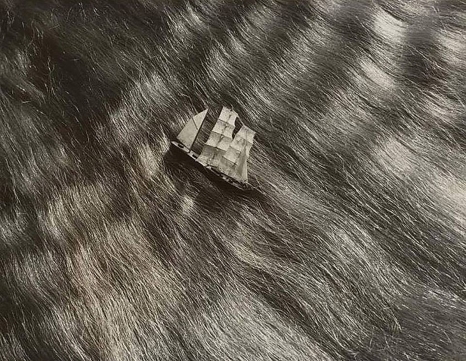 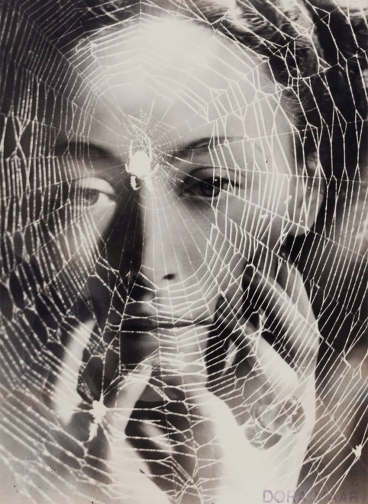 The Years Lie In Wait For You, Surreal photo 1936 by French artist Dora Maar. 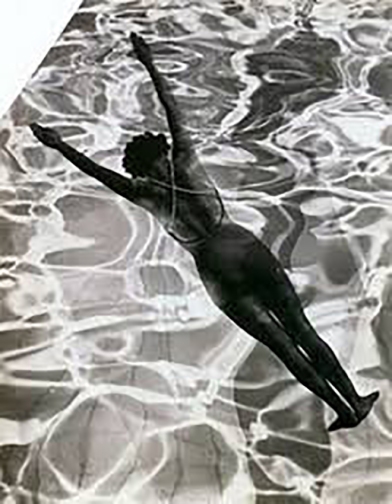 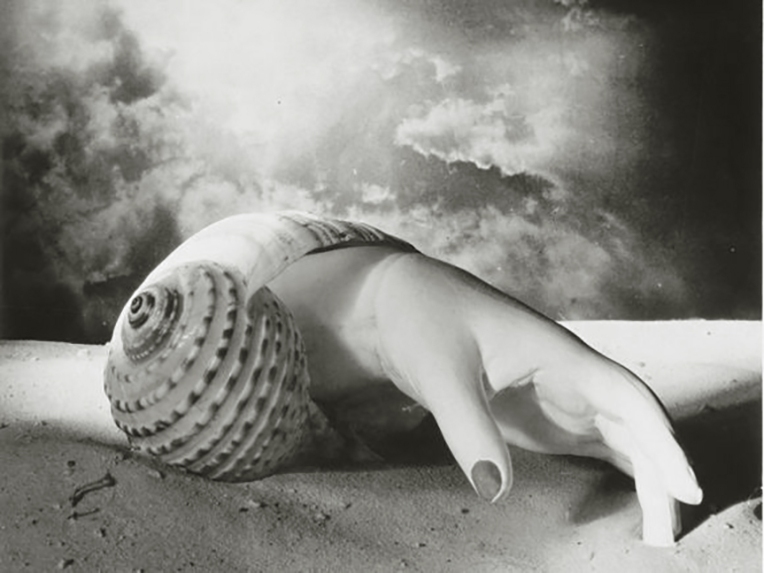 Hand and shell, by Dora Maar.

Dora developed her work toward surrealism under the guidance of the poet Paul Éluard, plus Andre Breton and Man Ray, both surrealist photographers. In 1936 she was with them at the Deux Magots café when Picasso noticed her and asked to be introduced, she was 29 years old and he 54. 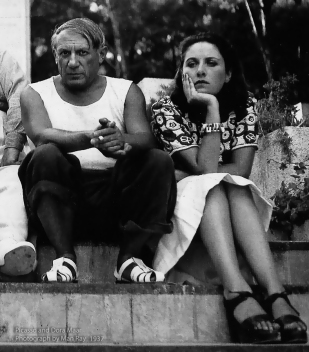 Pablo Picasso and Dora Maar photographed by Man Ray in 1937. 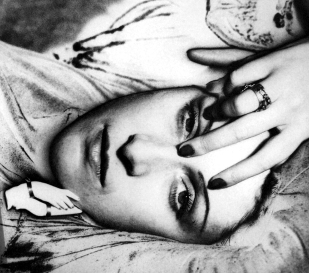 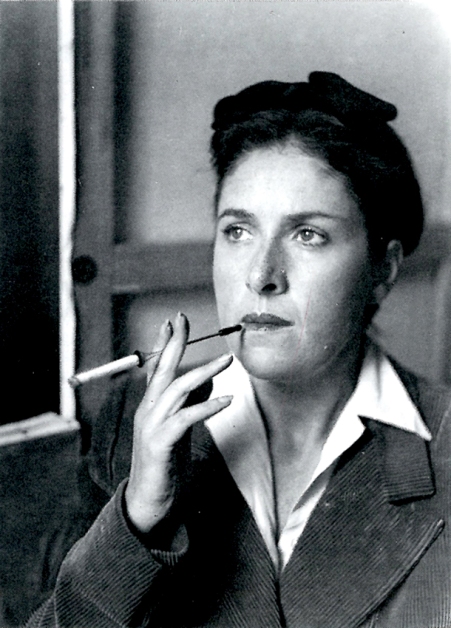 At the time Dora was at a table playing a dangerous game involving stabbing a knife between her gloved fingers repeatedly with her other hand, sometimes missing and drawing blood. Picasso was fascinated by her impetuous act of self-mutilation, playing with a knife as one would with fire. He later asked to keep her bloodstained gloves as mementos and locked them in a display cabinet.

Dora Maar soon became Picasso’s mistress, muse, and intellectual companion; the liaison between them would last nearly nine years  without Picasso breaking his relationship with Marie-Thérèse, his previous lover and mother of his child Maya.

At the beginning of the affair, the two women would at times have lived together in the same house; Dora the ‘Public’ muse and Marie Thérèse the private lover. On at least one occasion they posed together for Picasso. It was an abusive relationship in which he made Dora fight Marie-Thérèse for his love.

“I have a child by this man. It’s my place to be here with him,” said Marie-Thérèse. “You can leave right now.” Dora said, “I have as much reason as you have to be here. I haven’t borne him a child but I don’t see what difference that makes.”

“Finally, Marie-Thérèse turned to me and said, ‘Make up your mind. Which one of us goes?’ It was a hard decision to make. I liked them both, for different reasons: Marie-Thérèse because she was sweet and gentle and did whatever I wanted her to, and Dora because she was intelligent … I told them they’d have to fight it out themselves. So they began to wrestle.”

Picasso summed up the incident as “one of my choicest memories”.

Picasso didn’t see this as his problem, the women had to deal with their jealousy.

Dora suggested moving to a new studio, and in 1937 Picasso moved to an enormous attic at the top of an elegant 17th-century mansion, once home to the Dukes of Savoy, at 7 rue des Grands Augustins. Dora moved just around the corner to an apartment at 6 rue de Savoie.

Dora was Picasso’s partner during the period of his greatest political engagement; Spain’s agony during the Civil War. She assisted Picasso in setting up his new studio and while he painted the monumental “Guernica”, his masterpiece, depicting the atrocities of bombing that small town.

Dora made a photographic record of its progress, aiding his creative momentum. Despite her devotion and assistance, she was not welcome in Picasso’s studio unless invited.

Dora Maar, with her strong personality and intelligence, was instrumental in expanding and influencing Picasso’s political awareness. She was a member of the Union of Intellectuals Against Fascism and was active in other anti-Fascist groups.

Despite the success of her career and her passionate and artistic affair with Picasso, Dora Maar suffered bouts of despair, depression and self-criticism. It must have been very challenging living under the shadow of such a genius and his crushing presence. 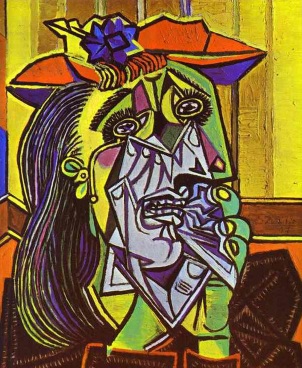 Dora Maar depicted as Picasso’s “Weeping Woman”, 1937. Formally dressed, as though at a funeral the woman represents harrowing grief, following the death of a loved one. It is regarded as a continuation of the theme of tragedy depicted in Picasso’s epic painting Guernica. 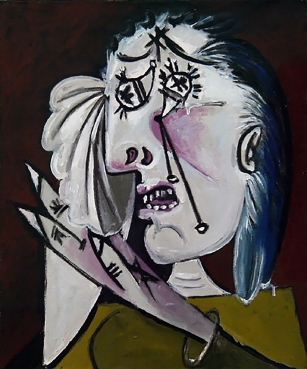 In time Dora’s stormy relationship with Picasso degenerated, she was increasingly portrayed in a cruel and tragic light. Picasso said of her:

“ For me she’s the weeping woman. For years I’ve painted her in tortured forms, not through sadism, and not with pleasure, either; just obeying a vision that forced itself on me. It was the deep reality, not the superficial one… Dora, for me, was always a weeping woman….And it’s important, because women are suffering machines.”

“Painter and his model in a Landscape,” 1953 by Picasso, with Dora Maar muse.

Dora had shared Picasso with Marie-Thérèse and their daughter Maya for years, which hadn’t been easy. He would often imply that she was unfeminine, that her sterility ( rarely spoken of, but possibly a factor in her complicated personality) was the opposite of Marie-Thérèse’s gentle and curvaceous fertility.

Dora’s state of mind became increasingly unstable as her jealousy mounted. Their relationship came to an end in 1943, when Picasso replaced Dora with 23 year old art student Françoise Gilot, as his new lover and muse. Dora continued to model for him episodically until 1946.

After the pair split for good, Dora Maar aged 39 sank into deep depression and began to lead a secluded life. She withdrew further, after having extensive electroshock therapy for a nervous breakdown, or some say a broken heart. She then spent two years under the care of Jacques Lacan, the renowned French psychoanalyst and psychiatrist. Eventually she made a reasonably good recovery, but never regained her artistic confidence or vitality.

Picasso bought her a house in Ménerbes, the fortified hill-village in Luberon, Provence, which he traded for a painting. Dora retired there and lived alone, reading and finding solace in the Catholic church, mysticism and her painting. She kept many paintings that had been given to her by Picasso, but sold others for large sums of money to live on. 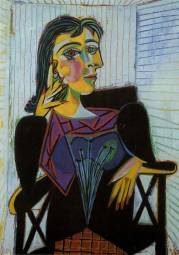 Portrait of Dora Maar, 1937 by Pablo Picasso. One of the paintings that I referred to for my muse of Dora Maar. 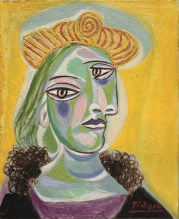 Portrait of Dora Maar, 1938, by Pablo Picasso. This was one of the paintings that inspired my muse of Dora Maar. 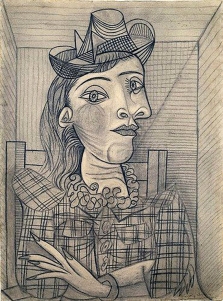 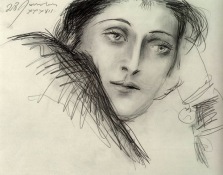 Portrait of Dora Maar, by Pablo Picasso, charcoal on paper 1937. 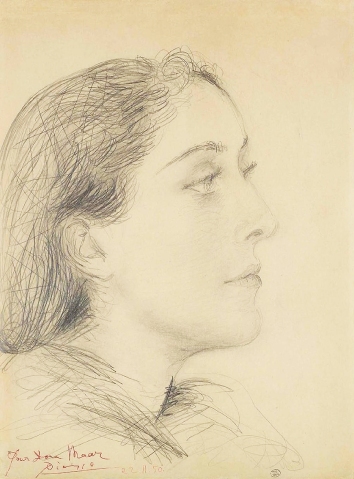 For a while, once past the worst of her private grief, there followed a period in which Dora Maar became once more part of the avant-garde circuit, resuming her painting and photography and even socialising.

She had not, of course, forgotten Picasso; even 10 years after they had separated, he never refrained in his attempts to humiliate her; (exposing intimate drawings of her, sending cruel, impossible gifts that would hurt or disappoint her).

Towards the end of her life, she treasured all that she had preserved of Picasso. The kitchen was precious because he had stepped inside, the chairs, because he had sat in them. She held dear all her memories of him.

Matisse muse, made by Marina Elphick, with “The Joy of Life”, a painting by Henri Matisse.

Frida muse against monkey and black cat detail, from Kahlo’s “self portrait with necklace of thorns”.

Wally muse portrait against the painting of ‘Town on the Blue River’, by Egon Schiele, 1910

Dora Maar, a Muse of Picasso by Alan Riding NYT

Dora Maar: Paris in the Time of Man Ray, Jean Cocteau, and Picasso by Louise Baring